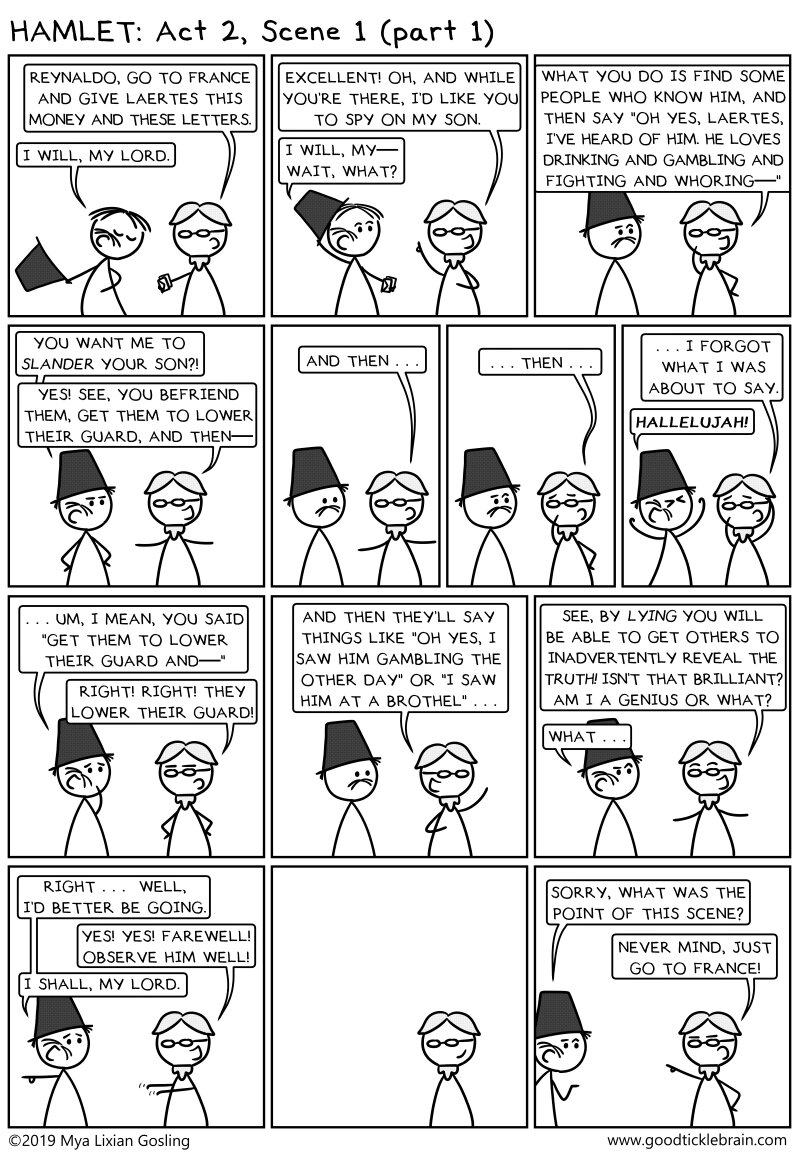 We’ve finally made it to Act 2! Now things are going to get exciting…

…after this scene, anyways.

Reynaldo’s totally pointless appearance here is usually cut, although, for some reason, I think I’ve personally seen him more often than not. Also, I’ll admit to one time being TOTALLY convinced that the actor playing Polonius had actually forgotten his lines. “By the mass, I was about to say something” sounds EXACTLY like what a Shakespearean actor who has dried would say in order to get a helpful prompt from their scene partner… and then Reynaldo straight-up prompts him. It’s great.