Cyprus, Shakespeare in Con-text | The Scrivener

Greetings! Thanks for reading the Scrivener, your source for the latest news in Shakespeare scholarship. We have some great new calls for papers and manuscript announcements, so let’s get to it!

As a whole, Othello’s Island attracts approximately 100 delegates, whose topics include archaeology, art history, history, and literary studies, to name but a few. Since its inception a significant section of the conference has covered early modern women writers, such as Mary Wroth, Aphra Behn and Margaret Cavendish.

Our aim is to consider women writers from this period as individual writers in their own right, but also to look at them in relation to wider society and culture at the time, and in terms of their contemporary and posthumous reputations.

Specific reference to Cyprus or the Mediterranean region by delegates is not obligatory. But it is notable that many women writers from this period do make mention of Cyprus and its environs, and so this frequently does become a topic of debate.

The strand is fully integrated into the full Othello’s Island conference, and delegates can mix-and-match attendance at the Early Modern Women Writers strand and other talks at the conference. Those taking part are also welcome to join in with the social events for the wider conference, including group meals and trips to some stunning medieval and renaissance sites.

However, the strand is intended to act as a distinct annual focus for the study of early modern women writers, and we try to ensure at least one full day of talks and discussions on this specific topic (depending on the number of papers received each year).

Shakespeare as a way of life

Shakespeare as a Way of Life shows how reading Shakespeare helps us to live with epistemological weakness and even to practice this weakness, to make it a way of life. In a series of close readings, Kuzner shows how Hamlet,Lucrece, Othello, The Winter’s Tale, The Tempest, and Timon of Athens, impel us to grapple with basic uncertainties: how we can be free, whether the world is abundant, whether we have met the demands of love and social life.

To Kuzner, Shakespeare’s skepticism doesn’t have the enabling potential of Keats’s heroic “negativity capability,” but neither is that skepticism the corrosive disease that necessarily issues in tragedy. While sensitive to both possibilities, Kuzner offers a way to keep negative capability negative while making skepticism livable. Rather than light the way to empowered, liberal subjectivity, Shakespeare’s works demand lasting disorientation, demand that we practice the impractical so as to reshape the frames by which we view and negotiate the world.

The act of reading Shakespeare cannot yield the practical value that cognitive scientists and literary critics attribute to it. His work neither clarifies our sense of ourselves, of others, or of the world; nor heartens us about the human capacity for insight and invention; nor sharpens our ability to appreciate and adjudicate complex problems of ethics and politics. Shakespeare’s plays, rather, yield cognitive discomforts, and it is just these discomforts that make them worthwhile. 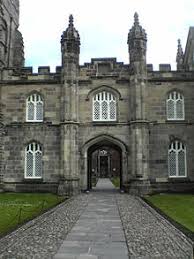 Both universal and a product of his time Shakespeare remains an enigmatic writer. The celebration of the 400th anniversary of his death demonstrates his continued impact on scholarly thought and popular culture. Investigating Shakespeare among his contemporaries in a period of transformations will help to understand his enduring popularity. The symposium ‘Shakespeare in the Context of his Time’ invites proposals which consider the cultural transfer and translation of Shakespearean ideas on his time, but also the influence of the cultural context of the intellectual and cultural world of the sixteenth century on Shakespeare himself. This includes the intellectual exchange between Shakespeare and his contemporaries examined through all aspects of cultural, literary and theatrical influence. Papers are invited from early career scholars and graduate students in all disciplines which touch on Shakespeare’s work. ‘Shakespeare in the Context of his Time’ is organized by the Centre for Early Modern Studies at the University of Aberdeen.

Thanks for reading TSS! We are an all-volunteer troupe and would love to have your join our band of brothers. Write to editors@theshakespearestandard.com.