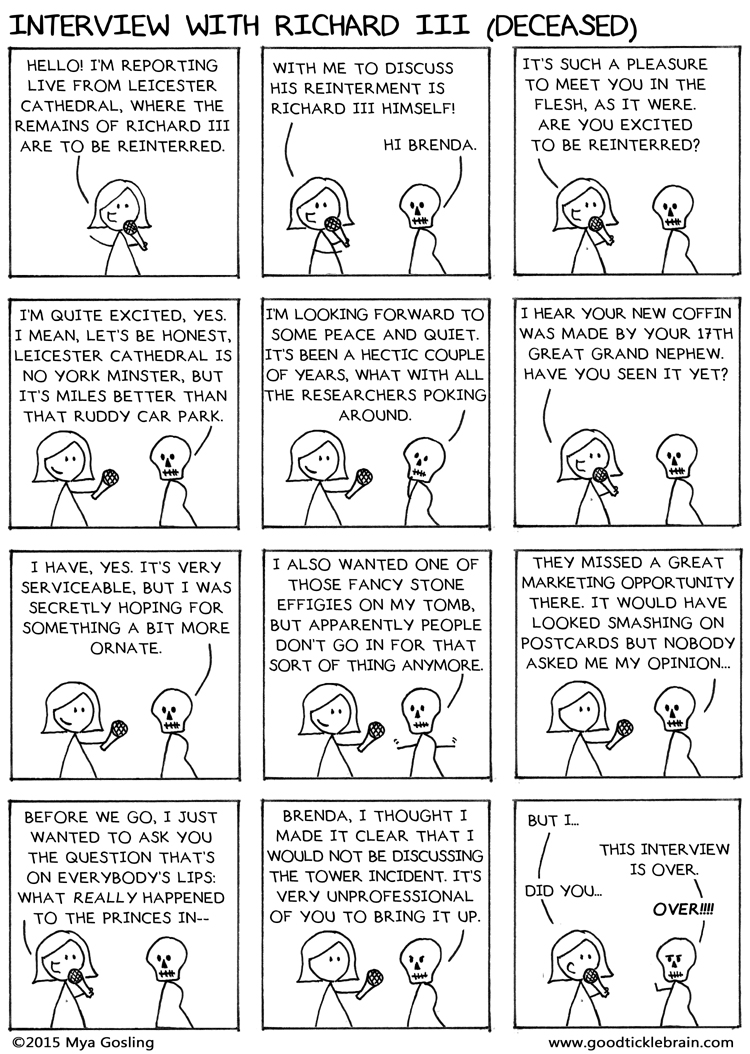 On Thursday the remains of King Richard III, discovered underneath a Leicester city car park in 2012, will be re-interred in Leicester Cathedral. Good Tickle Brain sent our best reporter to the scene and secured an exclusive interview with the remains in question.

Why does everyone have to bring up the princes in the tower? We were having such a nice conversation too!

The Merchant of Venice – Is it worth it?

The Merchant of Venice – Is it worth it?