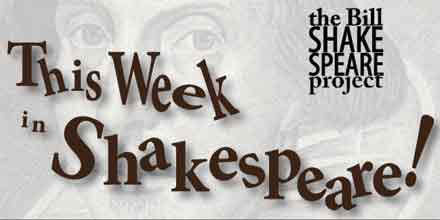 This week’s Shakespeare news review includes Chuck Heston, a bird invasion, everyday phrases, and a personal note. PLUS our usual recap of this week’s daily highlights in Shakespearean history.

This podcast was recorded with the built-in microphone on an Acer Chromebook C720, using AudioRecorder from gideon.weissman (webaudiodemos.appspot.com). It was then edited in Adobe Audition Creative Cloud on a Dell Inspiron 3847 computer.