The Sound of Hamlet, part 8 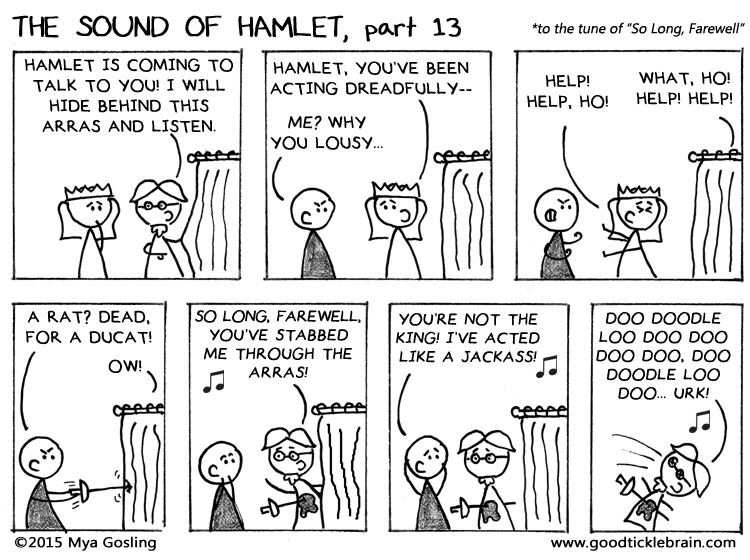 After the Shakespearean birthday festivities, it’s time to resume The Sound of Hamlet! When we last left Hamlet, he had just confirmed his uncle’s guilt by putting on a convoluted play involving yodeling goats. Now he is on his way to talk to his mother…

Prepare to hear that tune a few more times before the dust settles.

Anyways, here is the point where I confess myself to be a musical theatre hipster – my favorite Sound of Music songs are the two that were cut from the famous movie adaptation with Julie Andrews, and thus are almost criminally unknown. The songs in question, How Can Love Survive? and No Way To Stop It are peppy and unrelentingly cynical, much like myself. Here’s one of them:

Stop by again on Thursday, when Hamlet will climb every mountain! Or… at least cross every plain of Denmark. It’s the same thing.

The Sonnet Project | Bard in Multimedia

The Sonnet Project | Bard in Multimedia